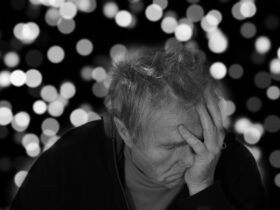 Here’s the Best Drink to Consume for Tackling Memory Loss

The Klombo dinosaurs have invaded the Fortnite ‘verse, and we’ve come up with a cool guide to find their spawn locations!

Fortnite Chapter 3 aired a few months ago, and since then, we’ve come across loads of new features, including the much-awaited Spider-Man crossover. However, one of the best things so far is the long-teased Klombo, a cute dinosaur-like (somehow Pokemon alike) wild animal that is now roaming the Island.

Where to Find Klombos in Fortnite Chapter 3?

However, if you have trouble finding any Klombos, check out the following locations on the map:

BONUS: look for Klombos inside a POI or landmark.

Yes, you can time a Klombo! Like any other animal in Fortnite, Klombos can be teamed, which is really amazing.

The best thing about Klombo is that you can use them as sidekicks to eliminate enemies. Or you might as well jump on their tail and enjoy a little ride.

TIP: Klombos are very kind, and they attack you only if you attack them first.

How Can You Feed Klombos?

Once you’ve found a cute Klombo, you can feed it a Kloomberry. They love this food, and giving them one will cause them to sneeze some useful items for you!

Kloomberries can be found in bushes in the surrounding area. Then, just throw them at the Klombo!

Can You Eliminate a Klombo?

Well, that’s tricky! Eliminating a Klombo is not a good idea, as the animal will try to eliminate you back. And that’s not all!

Klombos turn red and stomp around when feeling in danger, causing a lot of damage. It can also shoot lava from its blowhole. So, you better team up with a Klombo than try to eliminate it.