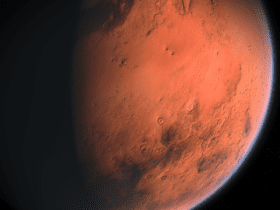 Many gamers are wondering when does Fortnite Season 8 start and what will be featured in the Season 8 Battle Pass.

It is a bit early to be asking those questions, as the 7th Season of the game has been just launched, but we like being prepared.

Also, it’s exciting to look forward to upcoming seasons and get in the theme regarding what kind of changes should we expect.

These are some of the things you should know:

The Season has no official release date, as it hasn’t even been confirmed yet, but there is a fundamental clue in the current Season.

The Epic Games website suggests that the current Fortnite Battle Pass will come to an end in the middle of September.

As the new Season goes typically live hours after a Battle Pass expires, Season 8 may begin on September 13, 2021.

Though the presumed Fortnite Season 7 end is on par with the timelines of older seasons, you should keep in mind that seasons can always get extended, so, to be entirely precise, we must wait for an official release date straight from the game’s developers.

After the crowded alien Season ends, we expect that Battle Stars won’t change at all.

Battle Stars were first removed when Chapter 1 ended but have been re-added in Chapter 2, Season 7.

Looking at the extended absence and the big announcements on the official Fortnite channels, it is safe to assume that they are meant to stay for a season.

Therefore, you will probably be able to claim Fortnite Season 8 Battle Pass rewards in any order you desire, via the collected Battle Stars!