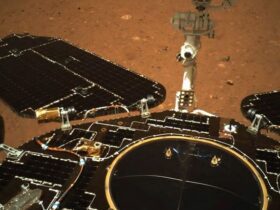 While many of us know that the upcoming ‘Dragon Ball Super: Super Hero’ movie is coming out in June for its country Japan, the release date for other parts of the world has led to some false speculations.

‘Dragon Ball Super: Super Hero’ will mark a new era for the Dragon Ball history, as the plot will be pretty unique. Many have accused the Dragon Ball writers over time that they keep bringing back old villains, but it will be something a bit different this time. The Red Ribbon Army is back in business and up to no good, that’s true. But still, they’re bringing new powerful androids to terrorize the Z warriors.

If you want to see the upcoming Dragon Ball movie in a theater, we congratulate you! You’ll get that chance starting in August if you don’t live in Japan, according to Polygon.com.

For the first time in a long while, Goku and Vegeta will be left aside a little for the new show. Instead, it will be up to Gohan and Piccolo, who are arguably the second-best Z fighters after the pure-blooded Saiyans, to save the day. The Red Ribbon Army has recruited another smart and mad scientist who has created new and much more powerful androids than ever before. Known as Gamma 1 and Gamma 2, the two new androids will attack the Z warriors in their seek for vengeance.

A lot of fans believe that Gohan and Piccolo indeed deserve to be under the spotlight, and we’re not here to contradict them. The two fighters had been very important back in Dragon Ball Z, but Super left them aside.

As for Goku and Vegeta, they surely will have some level of contribution in fighting the evil foes this time as well, and we can’t wait to find out!