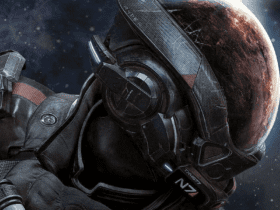 In 2021 when pretty much everybody is late everywhere and when you can’t take anybody’s word for nothing, the engineers from Facebook who are in charge of the WhatsApp department seemed to have thought about these aspects very well. Group chats represent a very useful functionality in WhatsApp: not only that people gather to discuss highly-important stuff like the weather or the new lipstick of Jennifer Lopez; Some of the users also engage in business and educational purposes.

The Verge reveals that WhatsApp began rolling out a feature that allows its users to be late in group calls. In other words, your friends, co-workers, or colleagues can start chatting without you with no problems — even if they perceive you as an important member or not, you’ll be able to sneak into the group call later after it already started.

The feature will be very similar to the one already implemented in Zoom or Google Meet, which is amazing for those who don’t have punctuality among their virtues.

All you have to do to hop into a group call is tapping the ‘Join’ button — no asking for permissions, no excuses given if you don’t want to, anything. But wait, just in case you wanted an even extra level of comfort from WhatsApp, it’s good to know that the instant messaging app is also implementing a new call info screen so that users can see who has already joined the group call and who is invited without joining yet. In this way, you can change your mind when thinking to enter a group call as soon as you see your ex already in the group, for instance.

The company once again promises that the group calls are end-to-end encrypted, just like text messages. And of course, we just have to take their word for it!