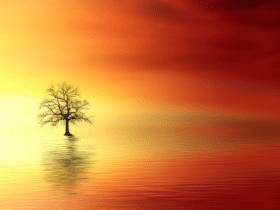 Goku and Vegeta had a pretty interesting relationship in Dragon Ball. Vegeta is the Prince of all Saiyans, and he got severely hurt in his ego, seeing that Goku, who was mainly considered a low-class warrior, surpassed him in strength. Ever since the two Saiyans first met, they became sworn enemies. Vegeta was pure evil at that time and willing to destroy the Earth, while Goku was there to protect it. After training under King Kai’s command in the Other World, Goku gave Vegeta the fight of his life. Since then, the two Saiyans have been in competition with one another.

Later on, Vegeta had a huge personality shift throughout the franchise. He made a family of his own and frequently teamed up with Goku to save the world from foes like Cell, Majin Buu, Moro, and others. Many fans started to believe that the Saiyan Prince had completely left aside his hatred for Goku and that he only wanted to surpass him. But thanks to ScreenRant.com, we know that episode 76 of the Dragon Ball Super Manga brings some moments that many Vegeta fans were hoping for.

Chapter 76 of the Dragon Ball Super manga sees Vegeta hitting Goku just for daring to interfere in his battle against Granolah. Then, the Saiyan Prince holds an exciting speech:

There’s no one I’d rather beat to Hell and back than you, Kakarrot. You seem confused. But know that I’ve only agreed to fight side-by-side when we had something to protect.

The moment surprised a lot of Dragon Ball fans. Many of them even believed that Vegeta started to admit throughout the franchise that he’s secretly in love with Goku or something. As for now, it all makes sense why Vegeta fought alongside Goku against Jiren, Majin Buu, Frieza, and so on. Both Saiyans had to protect the Earth, including their families.

An alliance for saving the Universe

Back in the Tournament of Power from Dragon Ball Super, Goku and Vegeta teamed up in a huge attempt to save the Universe from being erased by Zeno, the supreme deity. It was probably the most important alliance of Goku and Vegeta ever, surpassing even the moments when the two Saiyans fused to become Vegito or Gogeta.

The two Saiyan heroes were successful in the tournament, although Vegeta didn’t last until the end, and it was up to the combined forces of Goku and Frieza to eliminate Jiren. However, Goku and Vegeta once again proved to everyone that they make a good team.

If we take a look back in the old days of the Dragon Ball Z anime, we see that Vegeta revived his true feelings for Goku during the world martial arts tournament after both fighters became Super Saiyans. Vegeta was under Babidi’s control, who was an evil wizard. Although the evil buried deep in Vegeta’s heart was revived once again, the Saiyan Prince wanted to aim it towards Goku. Vegeta wanted to prove to his old rival that he was stronger, and the two engaged in a ground-shaking battle.

So it’s obvious: even at this point, Vegeta hates Goku and he’s at least willing to fight him again. Not necessarily for doing anything bad to him, but at least for fighting and seeing who has the bigger dragon balls.

What do you think about what happened in chapter 76 of the Dragon Ball Super Manga? Feel free to comment!