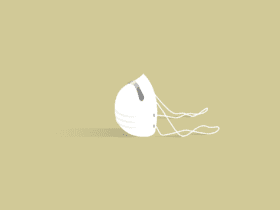 Stocks crumble all the time, and historically they have always found a way back.

Small corporations and big ones have taken a hit following one of the most serious periods the world has ever had to endure during a pandemic. Energy prices dived soon after most Covid-19 restrictions ended. In comparison, the price of a barrel of fuel went over $100 in March 2022. At the same time last year, the price was at $60 a barrel. The rise to over $100 per barrel signals an annual increment of over 40 percent.

While the steep rise has affected consumers, they have had to contend with a steep increase in the price of consumer goods. Some companies have seen their valuation drop because of the increasing volatility in the markets. The volatility has also affected those trying to trade Ethereum and other tradable instruments on PrimeXBT and other platforms.

However, oil companies have seen a massive rally, with many reporting record profits.

Investors in PrimeXBT and many other places have been busy trying to dump some of their volatile instruments, a move that has affected the entire crypto industry and the stock market.

Bitcoin, for example, enjoyed an impressive run late last year to register highs of over $65000. However, in 2022, the performance went below par. In late January 2022, the commodity crossed below the $40,000 mark for the first time in a long time.

The sudden drop coincided with the S&P 500 downturn that also saw it lose some points, which the index aggressively picked up on a rally in late 2021. Overall, the rosy rise of the stock and crypto market predicted last year seems far off. But what has caused this?

Reason for the Poor Rally in the Stock Markets

Investor confidence has gone down in 2022 because of a combination of many factors. The steep demand for goods and services is the reason for the increasing inflation. People who were previously immobile in their houses now want to spend money buying goods. While companies do a good job trying to keep up with the demand, they have continuously failed, pushing up consumer prices.

The governments want to keep essential commodities affordable to maintain their popularity, pressuring the central banks to take action. Central banks have one tool at their disposal to curb inflation, which is to raise interest rates. The USA, for example, has seen the interest rates rise from a near-zero point where they stood for a while to a higher figure.

The sound of interest rates increasing does not delight many investors, pushing them to dump many stocks because returns on dividends make little sense. Companies, on the other hand, cannot borrow inexpensively as they did in the near-zero interest rates, while industries such as the housing market suffer because mortgages become expensive.

As PrimeXBT investors move to safe havens like government bonds, which become profitable when interest rates are high, company stocks tumble. The likes of the S&P 500 also take a hit because they are a benchmark of stock performance of many top companies put together.

Which Way Forward For the Stock Market

The 2008 financial crisis provides a good hint for what investors should do in a time of crisis. However, for most, the instinct to move their money to other safer areas comes naturally.

Frequently, when financial crises occurred, the governments took a huge role to spur confidence in the markets by providing tremendous sums of money to the most affected industries. In 2008-2009, for example, many governments took the initiative to bail out many banks that were at the cusp of collapse. While the move is welcome for investors in the bailed-out sectors, individual investors are left out.

Such investors can use the opportunity to move to government-backed instruments or take new positions by buying the dumped stocks.

Historically, the stock market has always rallied back stronger after a crisis. Economic downturns provide a good opportunity to go shopping for new stocks and venturing into new areas like government-backed bonds.