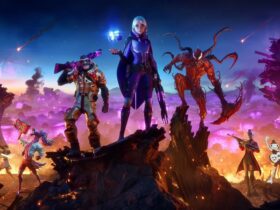 Fortnite Chapter 2 Season 8 – How To Quickly Level Up?

Minecraft is an incredibly fun game, and that’s because it offers you the liberty of creating pretty much anything you like. But even so, seeds can represent a pretty strong incentive, as exploiting them in your own favor as a player can be very beneficial.

Perhaps you’re new to Minecraft, or perhaps you’re an experienced player who’s looking for advice regarding the seeds of the famous game. Let’s find out about some of the best seeds in Minecraft:

If you’re the type who likes danger and adventure, surely you must give Bamboo and Lava a try. Bamboo Jungle is somewhat similar to this one. Lava will be the main threat across Bamboo and Lava, as it can engulf the entire map if you’re not careful.

If you like lava in Minecraft, why not try the opposite as well? Frozen Wasteland is the perfect opportunity for that, where the “while hell” engulfs everything. Obviously, your journey as a player across such a map will be anything but easy.

If you are afraid of spiders, playing Minecraft and using the Mesa and Cave Spiders seed might be a way to overcome your arachnophobia. The seed gives you a chance to destroy those ugly creatures from a cave, but you’ll need plenty of courage for that!

If you’re a fan of the legendary Titanic movie, surely you’ll love this one. The main points of the Titanic seed are a shipwreck and an iceberg, which surely can remind you of the iconic romantic movie. However, don’t expect to have an easy life playing around with this seed!

Savanna and Village is also pretty dangerous, but the seed can become a lot of fun once you figure out how to make it through. There are some very steep places on this seed as well, which adds an extra level of excitement.

Ice Spikes is an interesting seed with plenty of beautiful landscapes. There are plenty of forests as well, meaning that it’s pretty difficult to get bored while you use the seed. Feel free to try it out for yourself and get convinced of it!

Temple of Doom is a seed that can easily be described as a pure jungle. In fact, Temple of Doom can also present you a desert, depending on what the player wants.

Ultimate Farm Spawn is for those who like to see animals across the Minecraft universe. The player will find himself in the middle of a farm full of farm animals such as pigs, horses, ducks, and more.

Did you know that the rarest item to find in Minecraft is the Dragon Egg?