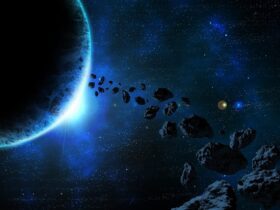 A recent research confirms that, just as physical exercise may tire out your body, sustained, intense mental activity can do the same to your brain. The perspiration on a person’s forehead or the trembling of their muscles may be indicative of how hard they are working physically, but it tells nothing about how hard they are thinking. One must just take a person at their word when they report feeling mentally drained.

So, researchers haven’t figured out why mental exertion leads to exhaustion. It’s not quite fatigue, but it does seem like it’s becoming tougher to concentrate and finish what you’re working on. Some scientists now believe that the brain’s most abundant excitatory neurotransmitter may be to blame for people’s inability to sustain attention for long periods of time. Although it has been known since the 1950s that glutamate plays a role in over 90% of neuron-to-neuron connections in the human brain, it wasn’t clearly defined until the 1960s.

Many decades have passed, yet this underappreciated molecule still manages to stun researchers. One way neurons regulate the intensity of their brain impulses is by adjusting the quantity of glutamate they release to neighboring cells. A synapse is the interface between two neurons, and it is estimated that there are as many as 8,000 glutamate molecules encased in a single pouch. The glutamate surplus is problematic and may contribute to talent drain.

Researchers detected an elevation in glutamate inside the lateral prefrontal cortex when they monitored the brain chemistry of 24 volunteers as they performed challenging computer-based categorization tasks for more than six hours. This region is responsible for higher-level mental processes including working memory and decision-making.

In contrast, glutamate did not accumulate in this region of the brain in the 16 people who had been given lighter tasks that day. Thus, the researchers speculate that elevated levels of extracellular glutamate may be one of the mechanisms limiting the mental stamina of humans.

As one would expect, glucose is used at a rapid rate by the brain while it is actively processing information. There are additional hypotheses that imply this energy source is a bottleneck, however it is unclear how, biochemically speaking, low glucose levels impair cognitive function.

A drop in glucose levels, according to some studies, causes a drop in dopamine levels, which in turn makes it easier to lose interest in some cognitive activities.