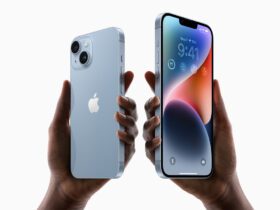 Apple Releases the iOS 16.0.2 Update to Fix the Camera Issues for iPhone 14

The absence of a smart tag or tracker stands out among the numerous Google-released smart products. In this case, a third-party tracker, like as Apple’s AirTag or Samsung’s SmartTag, will have to do the job if you’re using a Pixel phone. Fortunately, it seems Google may be thinking of creating one, which may be released under the Pixel name. Nothing else, not even the Pixel Tag’s design or pricing, is known at this time. Our best guess is that Google will introduce its smart tracker with the Pixel 8 (Pro) during this year’s I/O.

Kuba Wojciechowski discovered references to a purported Google tag in recent works. Indications are that the Nest team is hard at work on a gadget known as Grogu. He anticipates a new name for it, but he doesn’t rule out it being part of Pixel. Mishaal Rahman, a renowned developer for the Android device management company Esper, coincidentally agreed with all of these conclusions. This leads us to believe that Google has just revised their Fast Pair support page to include a ‘Locator tag’ device type.

It has an onboard speaker, similar to AirTags. It should come in a few different colours (although I don’t know any specifics at this time). There seems to be support for UWB as well as Bluetooth Low Energy.

The future smart tag utilizes a “Finder Network” or a similar technique, it was said, to that of Apple’s AirTag. The Google Fast Pair option would be useful, as well. This fundamental technology, inspired by headphones, would allow the low-powered item to couple automatically with a host smartphone or tablet equipped with Bluetooth LE connection, and then send smart alerts.

Additionally, ultra-wideband (UWB) connection has been discussed as a feature. Since the tag has not been released, the main purpose has not been accomplished. However, one of the benefits involves the ability to precisely place devices within or outside based on the distance between them and their UWB capabilities.