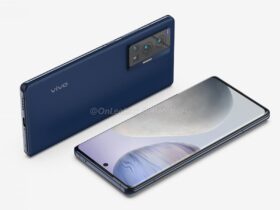 Curious where Darth Vader is in Fortnite Chapter 3 Season 3? Thanks to Fortnite 21.10 update, the iconic Star Wars villain has started to appear on the island.

Darth Vader is quite impressive, considering its weapon: a Mythic Lightsaber! So, taking him down is going to be challenging. Luckily, we’ve got you covered. We’ve compiled a sleek list of everything you need to know, including where to find Darth Vader and how to defeat him.

Darth Vader is now taking over the island, challenging players in what seems to be one of the toughest battles. However, the reward is totally worth it!

The Star Wars villain spawns at random locations in Fortnite at the start of every match. You can also track him by waiting a bit in the Battle Bus until you see a huge spaceship passes you by. How cool is that?

Next, just leave the Battle Bus and go after the spaceship to take Darth Vader down.

TIP: Darth Vader will appear with two Stormtroopers, so you better be careful!

Darth Vader in Fortnite: How to Defeat Him

Well, you’ve probably seen it coming, right? After you find Darth Vader is time for the fight, the boss fight, actually.

Taking Darth Vader down is challenging because he has two massive bars of health and some pretty intense attacks, even the power to stop you from escaping (now what?). But that shouldn’t stop you at all!

First, take down the Stormtroopers and get their E-11 Blaster Rifle, a mighty laser gun with unlimited ammo. Next, attack Darth Vader with the weapon and aim for the head.

TIP: you should have cover nearby for the best results!

Defeating Darth Vader is going to get you his Lightsaber.

How to use the Mythic Lightsaber in Fortnite?

Darth Vader’s Mythic Lightsaber works similar to the regular Lightsabers. You can use the weapon for some sleek melee damage or block incoming bullets. Or you can try this: aim and press the shoot button to throw the Lightsaber at other players!