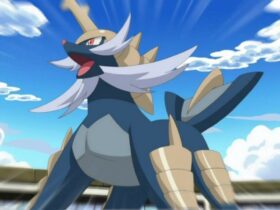 Probably it may sound like an SF scenario, but we now have enough proof that Florida had once icebergs. How’s that even possible?

A series of strange lines carved on the seafloor off North Carolina’s Outer Banks is the main proof that icebergs filled the horizon along the East Coast around 30,000 years ago.

Icebergs in Florida: a Real Event

According to the recent research supported by the US Geological Survey, giant chunks of ice floated up to 5,000 miles from Canada and reached the Florida Keys. The discovery will probably stir quite the buzz among the public and scientists, too.

A team of researchers used high-resolution seafloor mapping and discovered around 700 iceberg fragments broken into the seafloor.

“[…] These icebergs were enormous; measuring about 300 meters, they were similar in stature to the Eiffel Tower.”

Researchers estimated that the bright white chunks of ice floated over 30,000 years ago, south from the Hudson Bay in Canada, all the way to the Florida Keys.

What’s more strange is that the icebergs were drifting south against the Gulf Stream.

Researchers concluded that a “large scale but brief” flood of melted ice water was mighty enough to clear the ice forward.

“[…] these icebergs get caught up in the currents created by glacial melt water, and basically surf their way along the coast,” said Alan Condron, a climate modeller at the Woods Hole Oceanographic Institution.

The new data also show how these melting icebergs had a massive impact on climate change.

Nowadays, such an event could significantly decrease the heat carried north by the ocean (current). As a result, Europe, for instance, could get much colder.

More research will soon follow as the team still needs more time to figure everything out and make predictions based on new data.