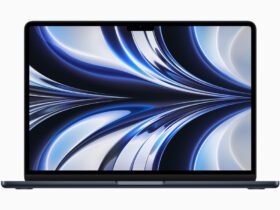 The album ‘Trilogy ‘ was dropped ten years ago on November 13, 2012, through Republic Records and XO.

Trilogy is the first album released by the Canadian artist the Weeknd. It is made from remixed and remastered versions of his 2011 mixtapes House of Ballons, Thursday, and Echoes of Silence.

This album charted at five and four in the United States and Canada. The artist held a concert that lasted from September to November 2012.

Read down below for more information about the album that launched the artist.

Find Out More About The Background Of The Album

In 2011, the Weeknd posted a series of mixtapes that were principally recorded with producers Doc McKinney and Illangelo at Site Sound Studios and Dream house in Toronto.

Initially, the mixtapes were released online as free digital downloads.

In September 2012, the Weeknd signed with Republic Records with his XO imprint. The mixtapes were remastered and compiled for Trilogy, along with three unreleased songs, “Twenty Eight,” “Valerie,” and “Til Dawn.”

On October 3, 2012, a video for the track “Rolling Stone” was posted to promote the album’s release. His first major event was in New York on October 24. The Weeknd wrote an open letter to his fans in which he said:

Because I am a man of few words, I made a viral video to show you how I felt and where I stand. I usually don’t like to ‘spoon feed’ my audience because I grew up idolising story tellers who tell stories using symbolism, so it was in my nature to do the same. The “Rolling Stone” video takes place in a dimly lit studio which represents the two worlds I have been stuck in. The gloomy side represents the mainstream world while the other side represents the underground. The girl holding on represents you.

What About The Album’s Videos?

The video of his first official single, “Wicked Games,” was released on October 18, 2012. The fourth video, “The Zone,” collaborated with rapper Drake. The video was dropped on November 7, 2012. His fifth official video for the single “Twenty Eight” was released on February 13, 2013.