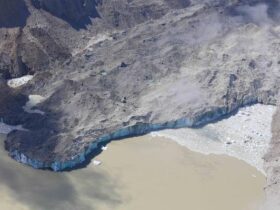 Sony’s latest-gen console, the PS5, was released less than a year ago, but it appears that the rumors about it already hit the news.

Many people wonder if the PS6 will even be a thing at all, what it could mean for gamers, and when it will be announced.

We think that it is safe to say that the PS6 will exist at some point. Sony has a capable department of people perpetually working on future hardware and software and constantly aiming to improve the company’s performance and products.

The PS6 most likely already exists in some form or another somewhere in the Sony development labs, albeit only as a drawn concept from the hardware team.

Though that may be a bit disappointing for enthusiasts, you must keep in mind that the PS5 was just released. It wouldn’t make sense for Sony to go all out and work intensely on a next-gen device.

Also, we expect to see some refined iteration of the PS5 – maybe a Slim or Pro version, as was the case with Sony consoles of the past.

In terms of hardware, nobody knows anything, but one can only make assumptions – The PS5 was a colossal step up from the PS4. First of all, the company made the transition from HDD to SSD. Though that is pretty much current-gen technology, we are optimistic that the company will somehow manage to speed up the data transfer rates of the storage.

As for when we will see the PS6 – a simple answer would be not in the foreseeable future. As we mentioned, a revamped version of the PS5 must be released before Sony steps up to a new generation, and that will take at least six or seven years.

Stay tuned for leaks and news on the subject!