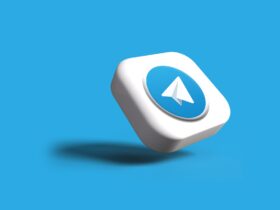 Two former employees at the Tesla gigafactory in Nevada are suing the company for not giving them the mandatory 60-day advance notice, thus breaking federal law. The two were among approximately five hundred other employees who were laid off from Tesla during this month.

Reuters stated that the company’s CEO and the world’s richest person, Elon Musk, declared that the decision to reduce the Tesla personnel by 10% came in anticipation of incoming economic difficulties. For this reason, the company began laying off some of its employees and terminating certain positions starting in May, in multiple Tesla facilities across the US.

According to engadget, the complaint of the two former employees stated that “Tesla has simply notified the employees that their terminations would be effective immediately.” The lawsuit is built on the claim that the company is in violation of the US WARN Act (The Worker Adjustment and Retraining Notification Act), which imposes a 60-day notice before laying off large numbers of people. The purpose of the act is to give laid-off people enough time to search for a new job or to undergo training for seeking other careers.

Shannon Liss-Riordan, the attorney who is representing the two complainants, declared that many Tesla employees have only received one week’s worth of severance pay in order for them to leave the company fast. The attorney has also stated that she is working on an emergency motion to prevent the company from further using this tactic.

At Bloomberg’s Qatar Economic Forum, Elon Musk said “let’s not read too much into a pre-emptive lawsuit that has no standing. It seems like anything related to Tesla gets a lot of clicks, whether it is trivial or significant. I would put that lawsuit you’re referring to in the trivial category.”

The lawsuit was filed in Texas, by John Lynch and Daxton Hartsfield, who worked at Tesla’s gigafactory in Nevada for almost five years.