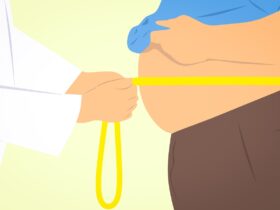 A new season of “You” is coming soon. Season 4 will come in two parts. The first part will be released on February 9, and the second on March 9. At first, the release dates were different, but they were pushed forward by one day.

It is still being determined how many episodes will include the two parts. Meanwhile, the best part is that we can immediately start watching the entire season because the releases have close dates.

Read below for more information about the cast and the series’ plot.

Is It The Same Cast As The Previous Season?

As all we know, Penn Badgley will return as Joe Goldberg, and Tati Gabrielle is back as Marianne, the object of his obsession from season 3. The rest of the cast is made of new additions. For example, Lukas Gage, an ex-pat American who plays Adams, wants to meet his successful family. And also, Charlotte Ritchie as Kate, an art gallery director, and Tilly Keeper as Lady Phoebe, Kate’s best friend. Amy-Leigh Hickman is Nadia, an outspoken literature student, and Ed Speleers is Rhys, an irrelevant author with a troubled youth.

What Is The Plot Of The New Season?

Season 3 had a dramatic finale; Joe murdered his wife, Love, abandoned their baby with another family, set his house in the California suburbs on fire, and faked his death.

You season 4 is coming with a new location and new members. This time around, Joe Goldberg is living in London under the alias member of the English capital’s high society. Of course, a new city means a new subject of obsession, but this time Joe has a new focus, putting his killer days behind.

“This time around, I’m focusing on academia and instruction, while keeping my typical extracurricular activities strictly professional.”

Although Marianne is coming for round three in the new season.According to Netflix’s Tudum event, Joe is pretending to be a college professor named Jonathan Moore.

If you are excited about the release of the new season, sit tight for more information!