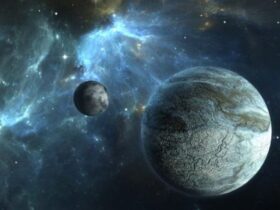 These Star-systems Could Have Watched Over Us Since 5,000 Years Ago

Apple is still a leading smartphone brand, and it uses face recognition technology extensively. It seems that Apple has no plans to stop utilizing Face ID on iPhones anytime soon. An improved version, may be ready for the iPhone 16 next year, might be introduced by Apple, but only if it is placed under the screen. Dynamic Island, originally seen on the iPhone 14 Pro and Pro Max, is Apple’s first attempt at a pill-shaped cutout. The design does away with the enormous notch while still allowing both versions to use Face ID.

The next iPhone should include hidden sensors and covert cameras. The Elec reports that Apple has no plans to abandon its biometric authentication system. By placing the sensors behind the screen, the Cupertino company has made this feature almost unnoticeable. However, the front-facing camera’s inclusion status seems hazy. Still, if that doesn’t work, Apple may adopt the single-punch-hole design used by most Android phones in future iPhones.

The South Korean media outlet also said that the technology will not be included in the forthcoming iPhone 15 range but rather the iPhone 16 Pro (Max). Because Apple still sells two distinct lines of iPhones, the normal iPhone 16 (Plus) will not get this update. Apple’s iPads might get a better version of its facial recognition technology, Face ID, thanks to the in-display solution, much like the iPhones. Since tablets are often used in both landscape and portrait modes, implementation may get complicated. Crucially, both Touch ID and Face ID might work together.

The upcoming Apple iPhone 15 Pro is more costly. No information on a possible price increase for the models indicated above has been released as of yet. The success of the iPhone 15 will have a significant impact on the design, pricing, and functionality of subsequent mobile devices.

Moreover, a fresh story out of China suggests that Apple may increase the price of the iPhone 15 Pro and the anticipated Ultra model. The discrepancy was not specified by the source. In comparison, the base price of the newest iPhone 15 Pro is $999 and the Pro Max is $100 more.