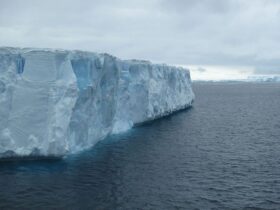 It has been more than a year since we first became aware of the existence of the purported OnePlus Pad and its potential technical specifications. After then, information on the enormous tablet has been very scant to nonexistent. But fresh information obtained via a leak suggests that both progress has been achieved and a release is on the horizon.

According to earlier speculations, the OnePlus Pad was supposed to include an OLED display that was 12 inches in size. This would place it on par in terms of size with Apple’s iPad Pro (2022) and the Galaxy Tab S8 (Plus). It was also suggested that it may ship with a battery that has a capacity of 10,900 mAh and a CPU that is older than the Snapdragon 865. A recent report seems to contradict all of these, at least it would seem that way.

Instead of providing high-end specs, the future OnePlus Android tablet will have a hardware configuration that is more on the affordable side. The publication further said that the slate, which goes under the codename Aries, is now undergoing testing in India. At the same time, it would imply that the beginning of the launch is becoming closer all the time.

The source has not provided any information on the characteristics of the tablet, other than the name of it. However, given that Oppo and OnePlus are both subsidiaries of the same parent company, it is possible that the OnePlus Pad will have a design and specifications similar to those of the Oppo Pad Air from the previous year. This might very well contain the 7100 mAh battery, the 10.4-inch IPS LCD display, and perhaps even the retail price of $220.