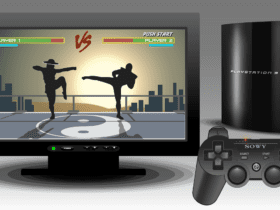 The Lunar Reconnaissance Orbiter (LRO), which serves as NASA’s “eye in the sky” in orbit around the Moon, has located the impact site of the unidentified rocket booster that crashed into the opposite side of the Moon on March 4, 2022. This discovery was made possible by the LRO’s high-resolution imaging capabilities.

The photographs that were captured by LRO on May 25 showed not just a solitary crater, but a double crater that was made by the rocket’s impact. This presents astronomers with a fresh puzzle that they need to solve. Why is there a second crater? Although the Apollo S-IVBs that crashed into the moon did not produce any twin craters, it is not impossible for an object to do so, particularly if it strikes the surface of the moon at a shallow angle. However, it does not seem that this is the case here.

According to astronomer Bill Gray, who made the first discovery of the object and forecasted its destruction by the moon in January, the booster entered the moon’s orbit at an angle of around 15 degrees off of vertical. Therefore, it cannot be the reason for this particular occurrence. The impact site is comprised of two craters, the eastern one measuring 18 meters in width and the western one measuring 16 meters in width. Mark Robinson, who is the Principal Investigator of the team that works on the LRO Camera, hypothesizes that the development of this twin crater might have been caused by an object with distinct and massive masses located at either end.

A used rocket will often have the majority of its mass localized at the engine end of the rocket stage, while the remainder of the rocket stage will mostly consist of an empty fuel tank. In light of the fact that the provenance of the rocket body is still unknown, the twofold nature of the crater may be able to assist in determining its identification.

The unidentified rocket initially caught the attention of astronomers earlier this year when it was determined to be an upper stage from a SpaceX rocket. This particular SpaceX rocket had previously been responsible for the launch of NASA’s Deep Space Climate Observatory (DSCOVR) to the Sun-Earth L1 Lagrange Point in 2015. The newly discovered twin crater on the moon, the accomplishment in and of itself that the LRO team was able to locate the impact site so rapidly is remarkable. It was found just a few short months after the collision, with a little assistance from Gray and JPL, who independently honed down on a search region that was only a few dozen kilometers in diameter.