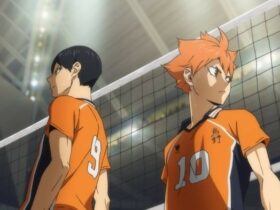 An executive at the company behind The Elder Scrolls Online has said that development on the sequel has been going on for more than four years. The upcoming title was briefly mentioned by ZeniMax Online Studios’ Creative Director Ben Jones in a recent interview, introducing a better perspective on the expected timeline of the project and implying, most importantly, that the announcement of the enigmatic game may be closer than previously thought.

In late 2020, as ZeniMax Online Studios increased the size of the team responsible for developing the game, hints of it began appearing online. To date, the public has only learned about the project from the occasional job posting, which typically only provides a summary of the work to be done and no specific timeline. Jones has confirmed that development on the game has been ongoing for twice as long as was previously believed. This comes after speculation that development began around the time the company’s previous project was canceled in mid-2020.

The veteran game developer mentioned his team’s work on a new intellectual property (IP)  in a recent interview focused on the gaming industry. According to the stated timeline, development of the game began not long after The Elder Scrolls Online: Summerset was released, proving that ZeniMax was successful in keeping the project under wraps for an extended period of time. The game’s new IP and the fact that it will use the Unreal Engine have been public knowledge for some time now, thanks to the same report that speculated about the latter.

ZeniMax Online Studios has spent the bulk of its 15-year existence developing The Elder Scrolls Online, so the forthcoming release is significant regardless. The firm’s only standalone project besides TES Online was the canceled Commander Keen mobile game, though it is credited with helping develop the 2016 Doom reboot and Fallout 76.

The unnamed game was referred to as “Project Kestrel” in the massive Nvidia GeForce Now leak from 2017. The original leak put the release date at 2024, but the new information makes it much more probable that ZeniMax Online Studios will be able to meet that deadline, which wasn’t a given when the project first got underway.