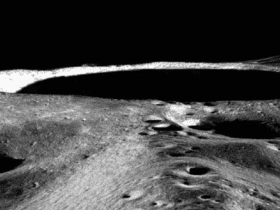 The Moon Never Had a Dark Side Only Shadows, New Data Reveals

Scientists revealed they revealed a new species of dinosaur thanks to a ten-year study of bones that were dug up in Australia.

Scientists of the Eromanga Natural History Museum and the Queensland Museum conducted the research. The final discovery came 17 years after initially digging up the bones.

According to the scientists, the colossal dinosaur was a herbivore sauropod, which stood out of the crowd thanks to its large size.

The team named the new species “Cooper,” which is a shortening of its scientific name. They claim that it lived during the Cretaceous period, between 92 and 96 million years ago.

Palaeontologists determined that the huge dinosaur reached a height of 5-6.5 meters at the hip. It reached 25-30 metres in length. That is approximately as long as a basketball court and tall as a two-story house.

That species is officially the largest ever found on the continent.

It is also among the top five in the whole world.

The official scientifical name of the species is “Australotitan cooperensis.”

Cooperensis came from the name of a small river in the Eromanga region of Queensland.

The bones were discovered by a local family on their cow farm fifteen years ago.

Though the bones are giant, they are also very fragile, making them easy to break.

That is one of the main reasons why it took many years to recover the bones.

The team of the Eromanga Natural History Museum and the Queensland Museum analyzed the bones via new computer technology.

That helped them compare Cooper’s bones to those of other species.

Other dinosaur skeletons and a possible sauropod travel path were also found in the vicinity. Future studies will delve into that.