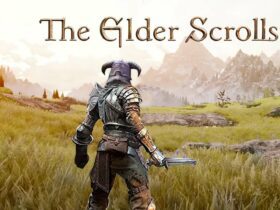 Will The Elder Scrolls 6 Do Something About the Enchanting Process?

Many researchers in the fields of fluid mechanics and entomology have pondered the mystery of how fire ants manage to stay together in liquid. As flooding is a common occurrence in the subtropics, these ants have evolved a strategy to save themselves from drowning when their nests get submerged: they build rafts by clustering together. Do you think it shows teamwork?

To the contrary, fire ants don’t actively seek out other ants while swimming. They’re not talking to one other and are instead trying to push each other apart. New information uncovered by scientists at Atlanta’s Georgia Institute of Technology in recent years, however, may solve the mystery. The “Cheerios effect,” a feature of surface tension, forces a group of ants to come together in water, saving their lives even if they try to avoid touching one other. Then, their legs intertwine to form a secure grip. The fire ants have successfully constructed a raft.

The researchers write about this peculiar condition in the next issue of APS’s Division of Fluid Dynamics (fall 2021). It’s not limited to the fire ant species Solenopsis invicta, which lives in the Brazilian wetlands. In case you haven’t noticed before, Cheerios have a tendency to clump together in the milk. Paper clips and other non-floating things also tend to cluster. Similar to ants, Cheerios float because they have a lower density than water.

In fact, the milk surrounding each individual piece of cereal has a little upward slope, in contrast to the overall levelness of the milk. Because liquid molecules are more strongly attracted to the edges of the objects than to each other, the “meniscus effect” causes the liquid to attach in a u-shape to the item floating in it. A modest upward push brings cereal, insects, and paper clips to the meniscus’s apex. They pair up rapidly after discovering a common high point on the invisible film of surface tension that binds the top layer of water molecules. It is in this way that ants and other like sized floating items are attracted to one another by the Cheerios effect.