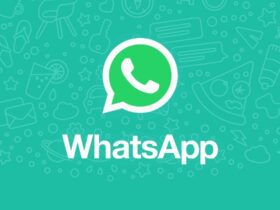 You can enjoy the Apple TV app on plenty of devices, and those who work at the Cupertino-based tech giant know it very well. On the other hand, Major League Soccer (MLS) is one of the most popular football competitions on the planet.

Starting in 2023, those who want to keep track of MLS matches will have that chance via the Apple TV app. Every single match of the competition can be seen through Apple’s software for ten years, according to the official website of the tech giant itself. Football fans will not only get to watch MLS matches but also all Leagues Cup 1, as well as some MLS NEXT Pro and MLS NEXT matches. Apple also promises those willing to benefit from the offer that they won’t experience any local broadcast blackouts. Football fans will just have to subscribe to a new MLS streaming service that will be available within the Apple TV app.

Eddy Cue, who is the senior vice president of Services at Apple, spoke about the importance of the partnership, as the tech giant’s website quotes:

For the first time in the history of sports, fans will be able to access everything from a major professional sports league in one place,

It’s a dream come true for MLS fans, soccer fans, and anyone who loves sports. No fragmentation, no frustration — just the flexibility to sign up for one convenient service that gives you everything MLS, anywhere and anytime you want to watch. We can’t wait to make it easy for even more people to fall in love with MLS and root for their favorite club.

Major League Soccer (MLS) is known as a competition where teams score a lot, so there’s no point in thinking that seeing its matches can be a boring experience.