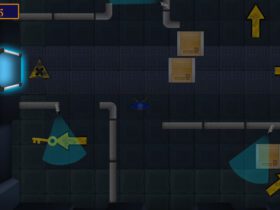 Bald eagles have been affected by a peculiar neurodegenerative disease around the southern area of the United States since the 1990s.

New research from the Martin Luther University Halle-Wittenberg (MLU) in Germany and the University of Georgia, USA, managed to find a potential cause for the deaths – a toxin, byproduct of the cyanobacteria that grow on invasive aquatic plants.

The problem is likely exacerbated by the herbicides used to control the plants.

The results were made public by Science.

In 1994, bald eagles started dying in large numbers in the American state of Arkansas.

The animals began losing control over their limbs, and holes started developing in their brains. A neurodegenerative disease, formerly unknown, called vacuolar myelinopathy (VM) was found as the culprit.

Professor Timo Niedermeyer of the Institute of Pharmacy at MLU said:

“The origin of the disease was a complete mystery.”

Ulteriorly, American researchers discovered that eagles were affected by the disease and their prey. The scientists found a link between an invasive aquatic plant under the name Hydrilla verticillata that thrives in freshwater lakes in the affected regions. However, there were still many lakes with the aquatic plant where the disease wasn’t present.

In 2005, Susan B. Wilde, a professor of the Warnell School of Forestry and Natural Resources of the University of Georgia, found a formerly unidentified cyanobacterium on the leaves of Hydrilla verticillata, which seemed to be the reason why the disease appeared.

The study revealed that cavuolar myelinopathy only takes place in places where the cyanobacterium colonizes the invasive plant.

Wilde name the bacterium “eagle killer that grows on Hydrilla.”