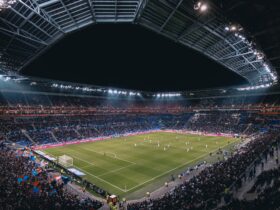 FIFA 23: Are You Ready for Positions Modifiers Alteration?

Who doesn’t like to listen to music while performing other activities at the same time? While doing it via your smartphone has become so usual nowadays, it’s time to consider putting your wearables to work as well!

Those willing to listen to music on their smartwatch are now in luck, as SoundCloud now has to offer an early-access beta app for them. In other words, you’ll get to listen to your favorite music directly on your Wear OS-based smartwatch without having to carry your phone around. The announcement comes from Google itself, so there’s no room for misinterpretation.

Now that’s what we call a line-up! #GoogleIO

Basically, all you have to do in order to benefit from the offer, in case you’re a Wear OS user, is to enroll in the SoundCloud beta program. Once you click there, you should see the following message:

While using SoundCloud, you can discover and play more than 265 million tracks. According to the app’s website, we’re talking about “the world’s largest online community of artists, bands, DJs, and audio creators.”

SoundCloud is one of the most popular music streaming services available on the internet. It’s a fair alternative to Deezer, Spotify, TIDAL, and more. 76 million listeners use SoundCloud every month.