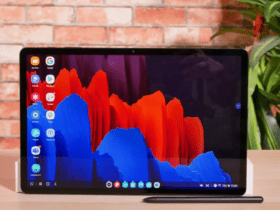 Samsung Galaxy Tab S8 Specs and Features Out: What to Expect

Google Maps remains one of the top navigation apps out there, at least when it comes to the number of people using them. Once again, a new version of the app is up for grabs: the 11.46.0804 update, and you can grab it in APK form.

Google Maps is regularly updated in order to keep users informed about the places they wish to visit. There’s a big world out there, and an app like Google Maps cannot survive without receiving regular updates.

Google Maps 11.46.0804 brings improvements so that the user can discover new places. There are bug fixes as well, which means that the new version makes the app more stable. The update comes in the form of an APK and a bundle APK of 17 splits. It’s up to you to decide which one of the two download variants you want. Both require at least Android 6 running on your smartphone.

With Google Maps, you can receive a lot of help when it comes to arriving at a certain place. You can find out the fastest route, the distance, or even what public transportation service you can use. The app shows you the location of bus stations, railway stations, and more.

If you want to make a stop at a restaurant to eat something while you’re on your way to your main destination, Google Maps can certainly help you out in that way as well. By simply asking for the restaurants near you in the search bar, the app will rapidly recommend you dozens of them. If you need to spend a night at a hotel, that’s also not a problem for Google’s navigation app. The software can help you find all the hotels in a certain city.

Google Maps includes more than 20 petabytes of data, which means about 21 million gigabytes.