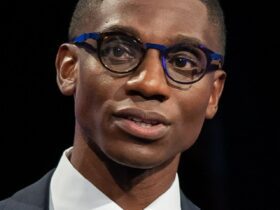 Are you ready to enter a world of magic and adventure? Then get your gaming gloves on and prepare to dive into the world of Song in the Smoke! This epic role-playing game is packed full of action, intrigue, and – let’s be real – a whole lot of dragons.

As you journey through the sprawling world of Song in the Smoke, you’ll encounter all manner of enemies and allies, from ferocious dragons and goblins to noble knights and wise mages. And with a host of customizable character options, you can create the hero of your dreams (or nightmares).

But beware – the world of Song in the Smoke is a dangerous place, full of hidden secrets and treacherous plots. You’ll need all your cunning and bravery to survive the perils that await you. But don’t worry, you won’t be alone – with a host of loyal companions by your side, you’ll conquer the darkest depths of the game world and emerge victorious.

According to Road to VR, the devs from 17-Bit announced that ‘Song in the Smoke’ will receive a remastered version for the PSVR2. The launch is even expected to rival the visual quality of the PC VR version of the game.

Although there’s no release date available for the moment, it’s important to keep in mind that the PSVR 2 version of the game will arrive as a free upgrade to the original title on PSVR.

PSVR2 is set to launch in late February. The original PSVR came out in 2016 and was designed to work with the PlayStation 4 and PlayStation 5 consoles. It allows users to experience games and other content in a fully immersive virtual reality environment.

PSVR has been well-received by many users and has been praised for its good image quality, comfortable design, and wide range of compatible games and experiences. Many users have found that PSVR offers a truly immersive gaming experience that is unlike anything else, and it has been praised for its ability to transport users to new worlds and provide new and exciting ways to play games.