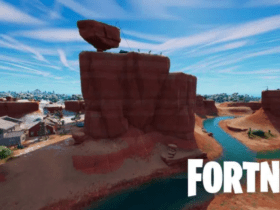 Find the Impossible Rock in Fortnite and Complete the Quest: Here’s How

Atlus has one common trait with big studios and publishers like Square Enix or Rockstar Games, namely the fact that they are taking their sweet time on the most important titles.

All entries to the Persona or Shin Megami Tensei franchises or other spin-offs required several years of development.

However, the result never disappointed gamers, as the studio’s newly published titles often ended up being the best JRPGs in their according to categories to date, all making considerable innovations where it was the case while staying true to the tradition.

Atlus made its presence known once again with Shin Megami Tensei 5.

The studio appears to be looking far ahead with the sequel to Shin Megami Tensei 4, approximately eight years later.

In a comparable fashion to what Shin Megami Tensei 3: Nocturne did with bringing the mainline series back to the floating line, the following game aims to do the same.

It is obvious that numerous changes are already being made for the title’s future, even following the most immediate Atlus / JRPG predecessor in Persona 5.

Shin Megami Tensei 5 is a considerable step forward for Atlus in terms of stylistic choices and aesthetic modifications made in the Switch-only title.

The demon designs got an overhaul in terms of art style, though they still kept their signature SMT style.

Part of them was met with more expressive designs, on top of new shading and some model overhauls.

Additionally, new entries feature the chance to both mix and match the current demons in the game itself, a lot like how Persona and SMT are different in both demon count and variety.