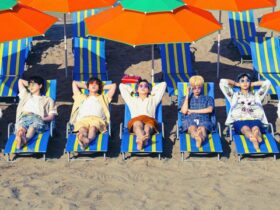 We don’t know yet how, when, or who will be the lucky passengers, but it seems inevitable that humans will land on Mars. Apart from being a highly-ambitious goal, we can also see it as an important step in exploring the Solar System up-close and making the transition towards a civilization that exceeds its own planet someday.

Being exposed to cosmic radiation, lack of gravity, and God knows what else astronauts may encounter in space can surely put their bodies to the test a lot. Readapting to a planet’s gravity, even when it comes to Earth or Mars, can become a challenge. ScienceAlert reveals that Australian National University (ANU) space medicine experts tried to understand via a mathematical model if it’s safe for astronauts to go to the Red Planet.

The biggest threat can be the microgravity

Of all the possible threats that astronauts may encounter on their way to Mars, the biggest one could be represented by how much time they spend in microgravity. That can cause their bodies to become different than when they left Earth if radiation from the Sun and cosmic sources also jump into the scene.

Dr. Lex van Loon, leader of the study and a Research Fellow from the ANU College of Health and Medicine (CHM), explained:

We know it takes about six to seven months to travel to Mars and this could cause the structure of your blood vessels or the strength of your heart to change due to the weightlessness experienced as a result of zero gravity space travel.

With the rise of commercial space flight agencies like Space X and Blue Origin, there’s more room for rich but not necessarily healthy people to go into space, so we want to use mathematical models to predict whether someone is fit to fly to Mars.

The new work was presented in npj Microgravity, which is a scientific journal published by Nature.