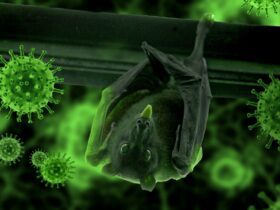 WHO Chief Speaks About COVID Patient Zero – Can it Be Lab Worker From Wuhan?

There’s a less than one percent chance that the changes in Earth’s energy absorption were caused naturally, according to researchers who studied the issue. A small change in the energy Earth receives from the sun or radiates back into space can cause Earth’s climate to become unstable, as having a state of equilibrium is essential. However, a paper published Wednesday says that the inequality equation has been thrown out of whack recently — growing too much, according to the study.

Earth’s future climate is largely determined by the planet’s energy balance, and the changes to the amount of sunlight absorbed by Earth and the amount of heat radiated to space by Earth. “There isn’t this equilibrium between energy coming in from the sun and energy going out. The question is: Are these natural planetary variations or is it us?” declared lead author Shiv Priyam Raghuraman.

People who don’t believe human activity is responsible for global warming often point to the fact that average global temperatures have actually fallen over the last 10 years. They argue that because of natural climate variability, recent trends say nothing about whether humans are causing climate change. The findings of the study suggest that humans are in fact responsible for all of the observed global warming.

“With more and more changes to the planet, we’ve created this imbalance where we have surplus energy in the system. That surplus manifests as different symptoms,” explained Raghuraman. The data also gives insights into the dangerous consequences brought about by human-caused climate change. Due to greenhouse gas emissions, the planet’s temperature is getting higher than what climate scientists previously predicted.

The researchers used satellite observations to find that energy imbalance is evolving. The global warming trend over the 20-year period could not be explained by natural fluctuations.