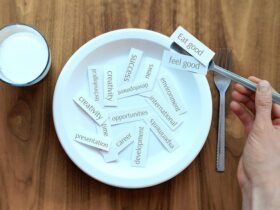 What Exactly Is Mindful Eating? This Simple Trick will Help You Lose Weight

If you’ve ever had memory issues and wondered if you should be worried about having Alzheimer’s disease or dementia, Harvard Health Publishing comes with a few clarifications about the two affections.

While there are cases in which the first symptoms of Alzheimer’s appear before the age of 65, these situations amount to only 10% worldwide. In the case of dementia, even if there is a strong connection between the two, with around 70 percent of people suffering from it also having Alzheimer’s disease, the development of early symptoms of dementia is a rare occurrence.

According to HHP, “one study in Norway found that young-onset dementia occurred in 163 out of every 100,000 individuals; that’s in less than 0.5% of the population. So, if you’re younger than 65 and you’ve noticed some trouble with your memory, you have a 99.5% chance of there being a cause other than dementia.”

If you’re younger than 65 and find that you’re having some trouble remembering things, you should take some time to analyze the potential causes. These can range from poor sleep, depression or anxiety, to vitamin deficiencies, alcohol, side effects of treatments you are undergoing, or thyroid disorders.

The good news is that there are preventive actions you can take to improve your memory and decrease the chances of developing dementia:

– Having a balanced diet, based on the Mediterranean eating habits

– Performing activities that stimulate your mind and creativity

– Practicing “neurobics” or “aerobic exercises for the brain”, which implies always trying out new things (change the route you take to work, shop in a different grocery store than usual, drive to a new place etc.).