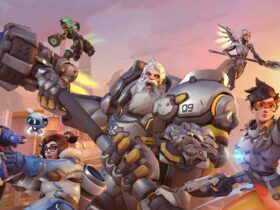 An undiscovered region of space called the “zone of avoidance” is the location of a galaxy cluster recently found by astronomers. About 10–20 percent of the night sky is blank, like a phantom zone, according to IFL Science. Its proximity to the Milky Way prevents any of its light from reaching us. The infrared features of the recently introduced James Webb Space Telescope, which was designed to replace Hubble, allowed the scientists to finally catch this region. Since infrared travels farther than visible light, the Webb telescope was able to snap a picture of the hitherto unexplored region of the cosmos.

The research paper describing the cluster’s discovery was posted on the preprint archive arXiv.org at the end of October. It has been sent out for review but has not yet been vetted by experts in the field.

The ZOA does not allow clear optical observations of extragalactic sources behind the Milky Way due to the meaningful extinction of the optical emission of these objects. The observations in NIR wavelengths represent a potential source of astronomical discoveries supporting the detection of new galaxies, completing the picture of the large scale structure in this still little explored area of the sky

According to scientists, this cluster of galaxies is referred to by the astronomical designation VVVGCl-B J181435-381432. The scientists were quoted as suggesting that the light from the cluster of galaxies had traveled 2.7 billion years before being recorded by James Webb. They also mentioned that the galaxy is 45–50 times as massive as our own Milky Way.

Since its launch, the James Webb telescope has sent breathtaking photos of the cosmos, revealing previously unseen regions of the universe in astounding detail.
Wolf-Lundmark-Melotte, a dwarf galaxy, was the subject of a stunning photograph posted by the Webb’s Twitter account last week. Dwarf galleries, like the one depicted above, are roughly a tenth the size of our Milky Way and can be found about 3 million light-years away.