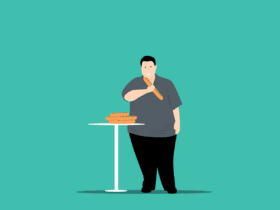 How do eating disorders affect hormones?

An IT and hospitality expert, Gourav was diagnosed with Type I diabetes at age 15. He made the fatal mistake of not living in the moment, as is required for people with diabetes. He took a major setback, but he’s on the comeback trail now that he understands the importance of self-control in managing his diabetes.

Gourav is the most helpful lifestyle coach imaginable; he tailors advice on everything from what, when, and why to eat to a daily regimen that accommodates your job schedule. It’s his job to know. As a Type 1 diabetic who wasn’t identified until he’d already lost an eye by not taking the disease seriously enough, he has firsthand knowledge of the mistakes we commonly make.

Gourav’s dramatic weight loss began in 2003. He urinated regularly and had unreasonable bouts of thirst. His mom saw a doctor, who advised several examinations, and he learned that he had Type I diabetes. His parents hurried him to Safdarjung Hospital after physicians warned that Gourav’s collapse was imminent, where he was treated with insulin injections. It took 11 days in the hospital before his levels could be considered stable.

Type 1 diabetes, commonly known as juvenile diabetes since it typically appears in young people, is an autoimmune disorder in which the body’s immune system attacks and destroys the beta cells in the pancreas that produce insulin. Insulin is a hormone secreted by the pancreas to counteract the body’s production of too much glucose, which occurs naturally during digestion. Injections of insulin are necessary when your body stops producing its own. Young people often find it challenging to comply with this treatment because it requires injections as often as four times a day.

As an adult, Gourav’s vision in one eye became hazy because the disease had thinned out his retina. A series of eye surgeries were needed, and even after those, one of the eyes didn’t get better.

How did he change his life?

He does his best to stick to regular eating and sleeping schedules. Gourav performs all of his own grocery shopping, focusing solely on low-glycemic-load options. He upped his intake of greens and protein from pulses, beans, and eggs.

Gourav, similarly motivated to improve his own health, enrolled in a program to learn how to live a more balanced and fulfilling life, and is now working toward certification as a lifestyle coach. 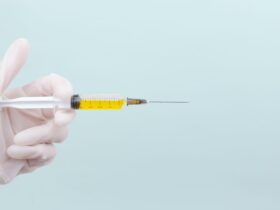