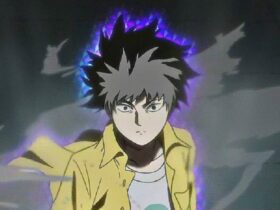 On Friday, San Francisco Bay Area officials made a public recommendation that everybody, including vaccinated individuals, must wear masks indoors. Numerous restaurants are currently requiring them again for workers.

Reports show that at least one employer cut off unvaccinated workers to stay on the safe side, according to the San Francisco Chronicle.

Zareen Khan, the owner of Zareen’s, a Pakistani/Indian restaurant, said:

“If anyone doesn’t want to get vaccinated, we will let them go. “It’s terrible, but we need people to understand this is serious. It’s better to be cautious than to be sorry.”

She explained that most of her employees are vaccinated.

The apparition of the Delta variant led to a spike in cases across the state.

Though numerous restaurant chains re-installed mask-wearing requirements for employees, they are reticent to require them for customers too.

Xian Choy, the general manager of Wursthall Restaurant & Bierhaus in San Mateo, claimed that she wouldn’t require face masks for customers for the time being to avoid confrontations.

She said that being the first restaurant to re-impose mask-wearing would lead to “so much friction.”

Many restaurant administrators are firm on the belief that they shouldn’t impose mask wearing for customers as long as the county does not mandate it.

Numerous restaurant owners claimed that they hope that the recommendations will help decrease the possibility of a new lockdown, which would be catastrophic for such businesses.