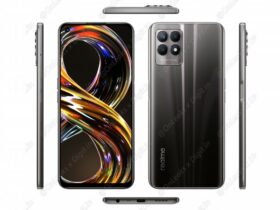 Realme 8i Will Be the First Phone with a Helio G96 Chipset: What to Expect?

Samsung’s Camera Assistant app is a great tool for those in need of more help when they need to take photos, although it was only added for the top-end Galaxy S22 series so far. The South Korean giant is well-known for providing a lot of love for its midrange and even entry-level devices, which means that we shouldn’t be surprised if the app in question is expanded to more Samsung phones.

A post coming from the Samsung Community forum that was spotted by SamMobile reveals what the fans were waiting for. A moderator was asked if the Camera Assistant software will become available to other Samsung devices except for those from the S22 series. He responded that we must wait for a “separate” announcement in the case of other phones. The moderator even replied with, “we will try to support as many models as possible” and “we will further review whether it would be better to conduct beta testing on more models in the future.”

The Camera Assistant app of Samsung is a camera app designed to provide users with an enhanced camera experience and to make it easier to take photos and videos on their devices.

The app includes a variety of features that can help users to capture better photos and videos, such as automatic scene optimization, which adjusts the camera settings based on the scene being photographed; automatic face detection, which helps to ensure that people are properly focused in photos; and a variety of creative filters and effects that can be applied to photos and videos.

The Camera Assistant app also includes tools for editing and enhancing photos and videos, such as the ability to adjust the exposure, white balance, and color saturation of images, and to trim and splice video clips.