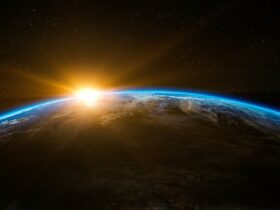 Remote and Ultrahot Exoplanet Has Clouds of Vaporized Rock

Let’s face it: more rugged phones are needed on the market. We can’t imagine our lives without smartphones nowadays, so it’s pretty easy to expose them to water and dust if we’re not careful enough. Perhaps that’s why Samsung has developed the Galaxy XCover 6 Pro rugged phone, and the South Korean-based tech behemoth unveiled it in all its glory two days ago.

The big news comes from SAMMOBILE, and the new Samsung phone will become available starting this July for markets in Europe and Asia.

The main aspect of Samsung’s new phone is obviously its increased resistance to water and dust. Rated at IP68, the device should be easily maneuvered during a little rain, for instance.

The gadget is featuring a powerful Qualcomm Snapdragon 778G processor, which is capable of some impressive stuff at fast speed.

There’s a 50MP F1.8 camera setup on the rear; it packs AF + 8MP F2.2, as well as ultrawide and flash capabilities. The front camera is not too sophisticated, but still able to snap some decent photos due to the 13MP F2.2.

For the RAM and storage area, there’s only one version. However, that may be all you need. Galaxy XCover 6 comes equipped with 6GB of RAM and 128GB of storage space. If you still want more, you should keep in mind that you have the option to expand the storage by adding a microSD card of up to 1TB.

Water is lethal to technology in general, but not necessarily if you have a rugged phone in your pocket like the one that makes the subject of this article.

We’re eagerly waiting to find out some prices for Samsung’s new Galaxy XCover 6 Pro rugged phone, and they will surely be unveiled soon by the South Korean giant.