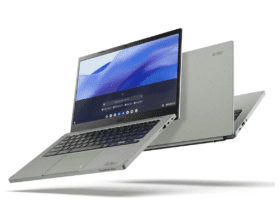 Since Samsung unveiled its Galaxy Z Fold 3 model last year in August, it became clear to everyone that we are talking about a powerful smartphone. Packed with a futuristic design and impressive hardware specs, Samsung Galaxy Z Fold 3 was a good example of what the South Korean giant has to offer best.

Europeans get it first

If you live in Europe and you own either one of the Fold 3 or Flip 3 models from Samsung, you should already see the update option displayed on your smartphone. But if you live in other parts of the world, there’s no use getting too upset, either! In just a few days, the new update should expand to other continents as well!

The November 2022 security patch is also included in the new One UI 5.0 update, which means that you have another strong reason to be excited! Both Galaxy Z Fold 3 and Flip 3 models were released by Samsung last year in August, and they came with Android 11 out of the box.

If patience is not among your virtues and you don’t like the idea of simply waiting for a notification on your phone to invite you to update, you can also manually check if the update has arrived. To do so, you must head over to the Settings menu, select Software update, and ultimately hit Download and install.