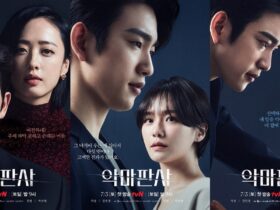 Are you looking for a new Galaxy Tab A 8.4 (T307)? The chances are that you are wondering if it is as good as the P200 with S Pen or the cheaper T290 to make the most convenient choice and get the most bang for your buck.

Last year, Samsung introduced the Galaxy Tab A 8 (SM-T290/295), which was dubbed as its cheapest 8-inch tablet, along with a budget version of a Galaxy Tab A 8.0 With S Pen, for those who need that extra input that can be provided by a stylus, at a reasonable price.

However, the South-Korean tech giant recently introduced its revamped 8-inch model known as the Galaxy Tab A 8.4 (SM-T307), which has some features specific to modern, high-end tablets, both in terms of looks and performance.

However, choosing one of the three can be a tough choice as they have so much in common.


Let’s start with the display. In terms of aspect ratio, they are so similar that it’s hard to tell them apart by simply looking at them.

However, a closer inspection suggests some significant differences, especially with the 2020 TAB A 8.4. It has a sleeker, modern design, mainly due to the small bezels and rich colour on the rear side.

The 2019 models, on the other hand, have thicker bezels, which are somewhat of a relic of past times.

The S Pen-clad model is the only one of the trio not to feature a metal back. The metallic feel indeed makes the experience feel more premium.

Neither of the trio uses AMOLED technology, but that is understandable considering the price range they are part of.

The P200 has the advantage of the built-in stylus slot, which improves the experience and decreases the chance of losing the gadget.


If you feel the need for a stylus in your tablet-using experience, the P200 is undoubtedly the best choice for you.

One of the main differences between the devices comes in the processor department – The P200 leads the way thanks to its Exynos 7904 chip that is considerably more powerful than what the T290 has in store.

That processor never failed to impress us.

Neither of the three is particularly good at gaming, but, again, it is acceptable considering that they are entry-level devices.

In terms of storage, the P200 and T307 are equipped with 3GB of RAM and 32GB of storage. The T290, however, only has 2GB of RAM. Extra RAM is always nice for multitasking and longevity. As they are Samsung products, they are compatible with SD cards if you need that extra storage.

Cameras aren’t usually the strong points of an entry-level tablet. That being said, you can’t expect them to take sharp pictures.

The resolution is good enough if you aren’t an avid photo enthusiast.

The pricier versions have a 5MP sensor for video calls and selfies, while the budget model has a 2MP camera. The level of detail differs between the two, but it’s not too dramatic. Neither performs impressively in the camera department, as the selfie camera is only meant for essential calls.

Amazingly, in terms of battery, the lower end model has the biggest capacity – 5100mAh, while the others have a somewhat smaller 5000 mAh capacity. Though the difference is minimal, we expect a greater autonomy on the budget model due to the fact that it has some less power-hungry components, especially the processor.