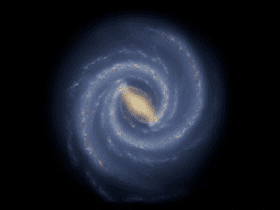 Samsung did an amazing job at keeping its devices up to date with the latest security patches, but there were some mishaps, and it appears that the June 2021 security patch rollout for the S21 lineup is taking its sweet time to be released.

The patch is critical as it is going to fix the camera lag issues.

Samsung began the rollout for the new security patch at the end of May.

The original release was marked by the number G99xxXXU3AUE8 in South Korea. The June security patch was rolled out worldwide, but it only reached a bunch of markets before Samsung stopped the rollout process and started seeding a new firmware update with the code G99xxXXU3AUF2.

SamMobile hosts a firmware tracker where they publish new firmware updates regularly. The files can be accessed for free and installed on compatible Galaxy phones via a Windows computer.

We suggest checking if you can install the new update as often as possible to make sure that you get the most out of your device in terms of performance and reliability.

It is annoying that it takes so long for such a significant update to be released worldwide. We hope that Samsung will fix the problems that prevent a worldwide, rapid release soon.

Though the circumstances are unfortunate, we shouldn’t give up on Samsung, as they always do their best to resolve the problems and keep customers and fans happy.

The Galaxy S21 lineup is the most spectacular smartphone series we’ve seen the South Korean manufacturer launch, and it makes sense that high-quality products (both hardware and software) take time to be made.

Stay tuned for more news regarding firmware updates for your Samsung smartphone!