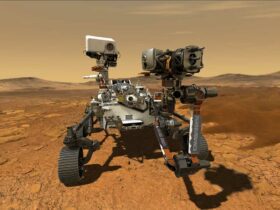 The “Deadpool” star works hard in the gym and the kitchen to get that great physique. Not only can Ryan Reynolds manage his meals, but he also has an incredible workout routine!

From superhero to the love interest in countless romantic movies, and from celebrity to devoted husband and dad. Ryan had always found a way to stay in incredible shape, even if his schedule is so busy.

How does he manage to do that?

In Carbs, We Believe!

So does Ryan! He chooses not to cut out carbs, and it’s the best decision he could’ve taken, says his trainer, Don Saladino.

Ryan prefers some sweet potatoes, oatmeal and protein, and brown rice with some fruit.

Ryan revealed that he prefers 50 to 100 feet climbs on the vertical climber or 3 to 5 sets of 10 seconds of intensity on the bike ERG.

Since the actor typically tries to support and build his muscles for movie roles, not lose weight, he always chooses to limit the amount of cardio he does during his workout routine.

Ryan doesn’t rely on protein shakes, but he chooses some protein powders to bulk up.

Back in 2017, he stated in Men’s Health that he eats “clean, whole foods” every 2 to 3 hours during the day to have enough calories to support his training routine.

Focusing on Specific Areas of His Body Daily

Ryan trains multiple muscle groups daily to avoid fatiguing any particular area. How cool is that?

Practically, to not come in and destroy a body part, like the back or the chest, you choose to spread that out over a week.