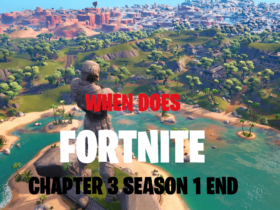 Every gamer knows that it’s just a matter of time until GTA 6 arrives on the market. The prequel GTA 5 is already eight years old. This means that the Grand Theft Auto fans have to wait more than ever for a sequel.

But the wait will soon be over, as Rockstar Games finally makes the confirmation that everyone has been waiting for. The company admits that it’s working on the next installment of the legendary Grand Theft Auto series.

Many of you have been asking about a new entry in the Grand Theft Auto series.

With every new project, our goal is always to significantly move beyond what we've previously delivered. We're pleased to confirm that active development for the next entry in the series is underway.

Of course, some people can still speculate that Rockstar isn’t actually talking about GTA 6, as it may refer to some other Grand Theft Auto title. But this cannot be the case, in our view. Judging by how the company formulates the phrases, it’s obviously speaking about GTA 6. Until that glorious moment, we can still delight ourselves with GTA 5, GTA 4, or other games of the series.

On March 15, an updated version of GTA 5 will arrive for both PlayStation 5 and Xbox Series X gaming consoles. The update is developed so that it will take full advantage of the advanced technology present on the consoles of Sony and Microsoft, respectively. According to Rockstar, the upcoming versions will feature up to 4K resolution, ray tracing, up to 60 frames per second, faster loading times, and so on. However, despite the fact that the original game was launched in 2013, its graphics still remain top-level even today.

Feel free to tell us what do you think GTA 6 will bring to the gaming world! Do you think it will be better than GTA 5? Will it also have three protagonist characters? Will it bring a bigger map? Could we see any of the previously-known GTA characters in the upcoming game? Feel free to leave your own thoughts in the comment section!