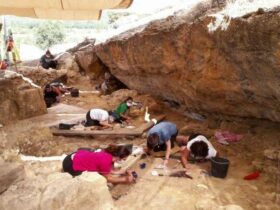 Survival horror games are proof that grim creatures don’t necessarily have to scare you away. They can also create an immersive experience, and the Resident Evil series is a good example.

Resident Evil began for donkey’s years. It was over a quarter of a century ago when the very first game of the series hit the market. That was in 1996, and it was the best thing since sliced bread at that time for those loving the genre. You probably wouldn’t be playing that game right now.

You can get the PS5 versions for Resident Evil 7, 3, and 2 via the PlayStation Store

The upgraded games feature functionalities such as 3D Audio, ray-traced visuals, and DualSense wireless controller support. Those are features that are very specific for the PlayStation 5 console.

Resident Evil 7: Biohazard was released in 2017, and it presents the adventures of Ethan Winters as he’s trying to save his wife. He’s looking for her on a derelict plantation that’s occupied by an infected family, and he’ll have numerous obstacles in his way.

Resident Evil 7 was initially available for PS4, Nintendo Switch, Xbox One, and more.

Resident Evil 3 came out in 2020, and the player will get to control mercenary Carlos Oliveiras and former elite agent Jill Valentine. Their mission is to find a vaccine and escape a viral outbreak that’s strangeling a city.

Resident Evil 2 was launched in 2019, and the players have to control a rookie police officer and a college student as they try to escape a city where people become zombies because of a viral outbreak.

Resident Evil 2 was initially available for PS4, Windows PC, and Xbox One.

Which one of the Resident Evil games are you willing to play on PS5 the most?