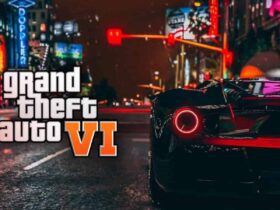 Valve decided to revive the legendary Half-Life series in early 2020 through the release of the VR game ‘Half-Life: Alyx’. The story is set five years before the events of Half-Life 2, and the player will have to seize a superweapon that belongs to the alien Combine.

FMPONE and Corey Laddo have worked on a mod for Half-Life Alyx called ‘Levitation,’ and a gameplay trailer has been presented during the PC Gaming Show of 2022 to show the world what to expect. The mod brings even more suspense and tense situations than before, and you are free to feast your eyes on it below:

Survival games never seemed better than when they were played in Virtual Reality! That’s why you should definitely give Half-Life Alyx a try if you haven’t done so already! You can grab the game from Steam for 49.99 euros. If you want to add all the DLCs to your cart as well, you’ll have to pay 8.19 euros more.

Half-Life: Alyx is Valve’s VR return to the Half-Life series. It’s the story of an impossible fight against a vicious alien race known as the Combine, set between the events of Half-Life and Half-Life 2.

Playing as Alyx Vance, you are humanity’s only chance for survival. The Combine’s control of the planet since the Black Mesa incident has only strengthened as they corral the remaining population in cities. Among them are some of Earth’s greatest scientists: you and your father, Dr. Eli Vance.

Do you have what it takes to be humanity’s last chance for survival in Half-Life Alyx?