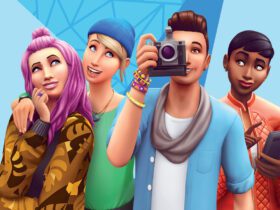 The Sims 5: Will The Next Sims Game Offer A Multiplayer Experience?

It is already known that Redfall is going to be a hell of a game. Still, according to Harvey Smith, the studio director, the release of the game on Microsoft’s Xbox Game Pass subscription program is surprising and frightening for the Arkane Studios team. Why’s that?

Redfall will be the first Arkane Studios title to be published for Xbox Game Pass right on its release day, so it’s kind of obvious for devs to feel a bit nervous.

Check out below everything we know so far about Redfall.

Redfall Launch Details: What to Expect?

Redfall is going to be released on Microsoft’s Xbox Game Pass subscription service, and we couldn’t be more excited!

However, for the game’s developers, the experience will be “shocking” and “scary” because it will be the first time an Arkane Studios game will arrive on Xbox Game Pass right on its release day.

On the other hand, Redfall might be played by a huge number of individuals at launch, which also means a rollercoaster of emotions!

Redfall’s official release date has not yet been specified, which means everything could be possible from now on. Also, the game’s release date was postponed to the first half of 2023 from its initial projected 2022 launch date.

Although there hasn’t been a public release date confirmed, some leakers have revealed that there has been another internal delay for the game, which suggests that fans may have to wait much longer to play it. That’s quite uncool, right?!

If the rumors are accurate, Redfall’s internal delay will cause it to release later than originally anticipated, maybe in May 2023 as opposed to March or April.

Microsoft should provide more details about the anticipated Redfall release date, along with an extended trailer.

Redfall is currently in development for Xbox Series X and PC users.