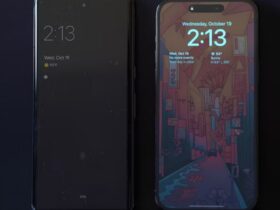 This year will be grand for indie games, and we have the finest titles to prove it!

Are you a sucker for visually appealing retro-style action games, or do you enjoy playing narrative adventure games that challenge you big time? Fear not, we’ve got you covered!

Check out below 7 indie games you should totally try this year.

A Long Journey to an Uncertain End

A Long Journey to an Uncertain End by Crispy Creative has a sleek survival and science fiction twist, with social components that allow you to know your squad more and get a unique in-game experience. There’s also some wit and drama that might surprise you!

AntonBlast by Summitsphere is an action platformer influenced by the Game Boy Advance period of side-scrolling action games. What’s cool about this game is its fun and incredible pixel art!

The game incorporates rhythmic aspects as adolescent Moira McKinnon strives to travel the hills to reach the sea, which she only knows about via legends. A Highland Song features survival themes in addition to exploration and rhythm as Moira strives to stay alive in the forest during her voyage.

Cocoon is a puzzle-centric game in a 3D universe with a sleek sci-fi setting. All of this points to an underlying cosmic enigma that will totally challenge you!

Lakeburg Legacies is all about building a town and prospering in the drama it produces, incorporating procedural tension into the love lives of your characters. Quite impressive, isn’t it?!

Practically, it’s all about navigating the management sim features for the community and dealing with the human factor that might derail your efforts.

A little girl and her animal companion are the main characters of Planet of Lana as mechanical animals attack their beautiful green world.
Puzzles, stealth sections where you hide from these intrusive robots, and performing all of the above with the assistance of your animal friend are all part of navigating this once-serene environment.

She Dreams Elsewhere explores the mental realm of the dreams we have when we sleep using a structure influenced by JRPGs.
Thalia, who is comatose and the game’s main character, has vivid dreams. Quite intense, isn’t it?!
The thing with Thalia is that she must use turn-based warfare to get through these dreams, which turn out to be nightmares, while still dealing with her reality.