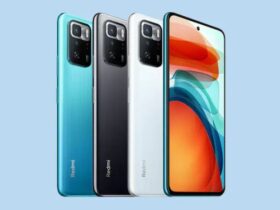 Poco X3 GT Will Pack These Specs and Features: Launch is Now Imminent

One of the most ambitious games from Rockstar Games to date, it’s Red Dead Redemption 2. As a result of its thorough attention to detail, amazing world-building, and compelling tale, players will remember it for months after the credits roll. Despite its slowness, Arthur Morgan’s journey across New Hanover and its neighboring states succeed in establishing an atmosphere that is both fantasy-inspired and realistic. The game’s gameplay also adheres to the belief that realism is the best way to achieve total immersion.

But despite its realistic appearance, there are a few aspects that knock gamers out of the experience. Hardware and the demand for pleasure frequently accompany the suspension of disbelief in a game, so there will always be limitations. A game that looks and feels great is admirable, but when Horizon Zero Dawn, The Witcher 3, and Spider-Man all feel better to play than Red Dead Redemption 2, it’s a wonder why the studio worked so hard to create a world that seems so accurate to real life. The only way out is for Rockstar to take a more realistic approach, and there are a few things they can do to help.

Many aspects of Red Dead Redemption 2 were accurate to reality, but the game’s design as well as the technology it was running on limited its ability to be as realistic as possible. With today’s consoles, developers have the ability to fix some of the irregularities that detract from the overall experience. Although taking care of Arthur’s horse was a lot of fun, the fact that his firearms would appear on his back as he mounted his steed seemed like the game was teetering precariously on the brink of collapse. In order to keep the mechanics enjoyable, a game has to violate the reality of its presentation, and this may be a steep slope since it’s so obvious when it does so.

The setting of the Red Dead Redemption games is comparable to that of those titles. New Austin and New Hanover are both locations based on real-world locales, despite the fact that they are two separate stories. Both games, whether they take place on the frontier of Mexico in Texas and New Mexico or in the mangrove swamps of Louisiana, have a strong American influence. Maps aren’t quite perfect, but Rockstar may utilize creative license to make the landscape seem more varied.