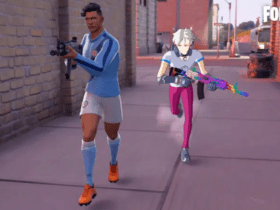 Hire a Character in Fortnite and Complete the Foundation Quests: Here’s How

A spacecraft around the planet Mars has managed to capture the clearest view of auroras on the planet. The United Arab Emirates’ Hope probe has arrived in early February, and it has managed to catch the perfect view of the auroras on Mars. This discovery can help scientists better understand the atmosphere of Mars, and how its auroras actually differ from similar auroras visible on Earth.

Auroras take place when particles from space interact with atoms from the atmosphere. The particles energize the atoms, and it makes them glow. On Earth, these are known as the northern and southern lights. And when high-energy particles from the sun hit the planet’s magnetic field, they manage to energize atoms from the upper atmosphere in order to create the purple, blue, green and red lights.

However, on Mars, auroras are different due to the fact that the planet is thought to have lost its global magnetic field a really long time ago — billions of years ago. This has caused the atmosphere of Mars to be stripped away slowly.

Justin Deighan, planetary scientist at the University of Colorado stated: What we see instead are magnetic fields that are kind of unique to Mars. They originate from minerals in the crust of Mars that formed during the early solar system, back when we think Mars had a global magnetic field like Earth.”

The remains of Mars’ magnetic field are stuck in these minerals, that are all around the planet. And because of this, the charged particles don’t get directed towards the north and south pole – where we usually see auroras on Earth. But on Mars, they are placed everywhere.