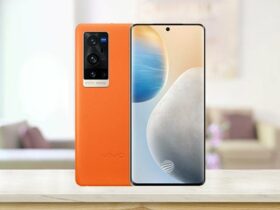 Poco is now gearing up to launch the much-awaited Poco M3 Pro 5G globally. Some of the phone’s specs and features have been tipped by the company Global executives, including the smartphone’s processor and display.

Poco M3 Pro 5G is believed to debut as one of the best offerings by Poco, packing as hinted on the official poster, “More speed. More everything.”

Poco has officially confirmed a bunch of features and specs of the upcoming Poco M3 Pro 5G, including the phone’s sleek colour variants.

Under the hood, the smartphone will draw its power from an octa-core MediaTek Dimensity 700 SoC, likely coupled with 4GB RAM and 128GB UFS 2.2 onboard storage. We’ll also get support for additional storage expansion. 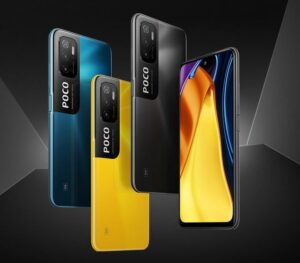 However, the company didn’t confirm a thing.Â

To recall, the Redmi Note 10 sports a sleek triple-rear camera module with a 48MP primary lens, a 2MP macro sensor, and a 2MP depth sensor.

Upfront, the Redmi phone packs an 8MP camera for selfies and video calls.

A battery of 5,000mAh with 22.5 fast charging support is said to keep the lights on for several hours.

Poco M3 Pro 5G is expected to come with a price tag of somewhere around $210. However, the company didn’t confirm yet such a thing or the available variants. So, it’s better if we take everything with a pinch of salt.

The phone is confirmed to debut globally on May 19.