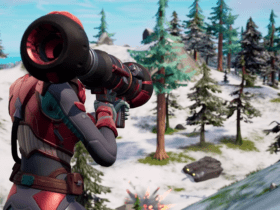 Updates for current Pixel devices are now being sent out by Google as part of the January 2023 release cycle. Although this month’s patch is accessible starting with the Pixel 4a and going forward, the Pixel 7 and Pixel 7 Pro are the primary beneficiaries of the enhancements it delivers.

One month after the company’s most recent “Feature Drop” of 2022, Google has now published a new round of software upgrades for its Pixel smartphone product stack. Even if the update released this month does not have as many changes as the one released in December 2022, it should still provide several features that are very much required for the Pixel 6 and Pixel 7 series of devices. In theory , all devices from the Pixel 4a and onwards are ready for the upgrade; however, Google has designated its two most recent phone versions to get the most of the updates and improvements.

Spatial Audio is a feature that is included in this month’s patch and is accessible on both the Pixel 6 and Pixel 7 line of devices. It is widely considered to be the most significant addition. As far as Google is concerned, every pair of earbuds or headphones is capable of using Spatial Audio. However, the head tracking feature is only available on some devices, such as the Pixel Buds Pro. Additionally, an update is required for these earphones before they can handle head tracking on their own. Separately, Google is anticipating that the software upgrade that will be released in January 2023 would strengthen the fingerprint identification capabilities of the Pixel 6a and the Pixel 7.

However, there is no indication of a comparable repair for the Google Pixel 6, Google Pixel 6 Pro, or Google Pixel 7 Pro. In addition, Google claims that it has fixed flaws that prevented certain Bluetooth Low Energy devices from pairing or reconnecting, as well as prevented headphones or accessories from playing music when connected in certain circumstances. The whole changelog is available on Google’s support site, and the update should be sent over-the-air with the build number TQ1A.230105 or TQ1A.230105.002, based on your Pixel phone.