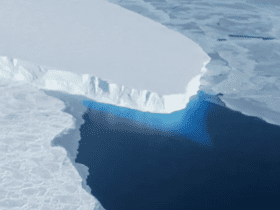 NASA’s successful OSIRIS-REx will soon return home. The spacecraft will begin a two-year trip back to Earth on May 10.

During last year sample collection event, OSIRIS-REx gathered enough material from asteroid Bennu’s surface. The mission was a real success thanks to the spacecraft’s Touch-And-Go (TAG) maneuver. Now, it’s scheduled to deliver the sample to Earth in the Utah desert, on September 24.

OSIRIS-REx Mission Insights: the Return of a Hero and a New Mission 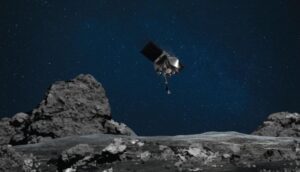 OSIRIS-REx will say goodbye to Bennu on May 10 and return home with the much-awaited sample collection. During its fly back home, the spacecraft will consume the least amount of fuel, allowing the OSIRIS-REx team to develop a final spacecraft flyby of the infamous asteroid.

This last task was not on the initial mission plan, but the engineers can examine better the probability of the last observation run of Bennu.

They will also get the chance to find out more how the OSIRIS-REx’s contact with the asteroid’s surface influenced the sample site.

If this last part of the mission goes well, the flyby will depart in April and examine the Nightingale sample site from almost 2 miles.Â

According to NASA, right after OSIRIS-REx realized the TAG maneuver, Bennu’s surface and a substantial amount of surface material were a bit disturbed by the spacecraft’s thrusters.

The flyby will have to simulate one of the observation series realized during the mission’s Detailed Survey stage back in 2019.

The team will then compare the new data with the previous high-resolution data of Bennu in 2019 to see how much the sample site was affected. 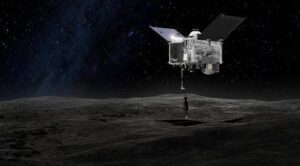 The upcoming post-TAG observations will help the OSIRIS-REx team evaluate the current functionality of science devices and tools carried by spacecraft.Â

That includes OSIRIS-REx’s Camera Suite, the Thermal Emission Spectrometer, the Laser Altimeter, and the OSIRIS-REx Visible and Infrared Spectrometer.

When the last task is accomplished, we’ll fully understand how hard OSIRIS-REx worked and its efficiency.