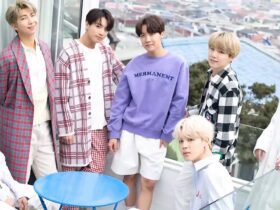 Is there any gamer on the planet who doesn’t like survival shooters? Probably not. That’s why it would be a good idea to try out Once Human as well after it comes out. This game shows the world as if it’s been destroyed by evil creatures who came from another dimension.

The player will get to do a lot of fun stuff in Once Human. Not only that he’ll have to confront the terrifying monsters, but he also needs to collect items to create shelters and upgrade his weapons.

Once Human could become exclusive for PC

Judging by the information we have now, there’s no hint that Once Human will be available for any other platforms besides the PC.

IGN even released the official trailer for Once Human, and you are free to watch it below if you have the courage:

You can also learn some important stuff about the game from the video’s description:

The opening of a mysterious silver door unleashed a catastrophe onto this world forever changing the course of human history. Over the next 30 years, the last remnants of humanity are struggling and nearing extinction. Until you arrived. Little by little you’ll gather resources in your struggle to survive and heal the land from the otherworldly terrors. Once Human is a new weird survival sandbox game.

There’s no word on a release date for Once Human yet, but we can sure say that the game has made us eager to find it out! The graphics look amazing, and the design of the monsters is convincing enough that you’re indeed stepping into a post-apocalyptic world.

If you’ve always dreamed about saving the world, now’s your chance by playing Once Human! Stay tuned for more news on the subject that will appear soon enough!